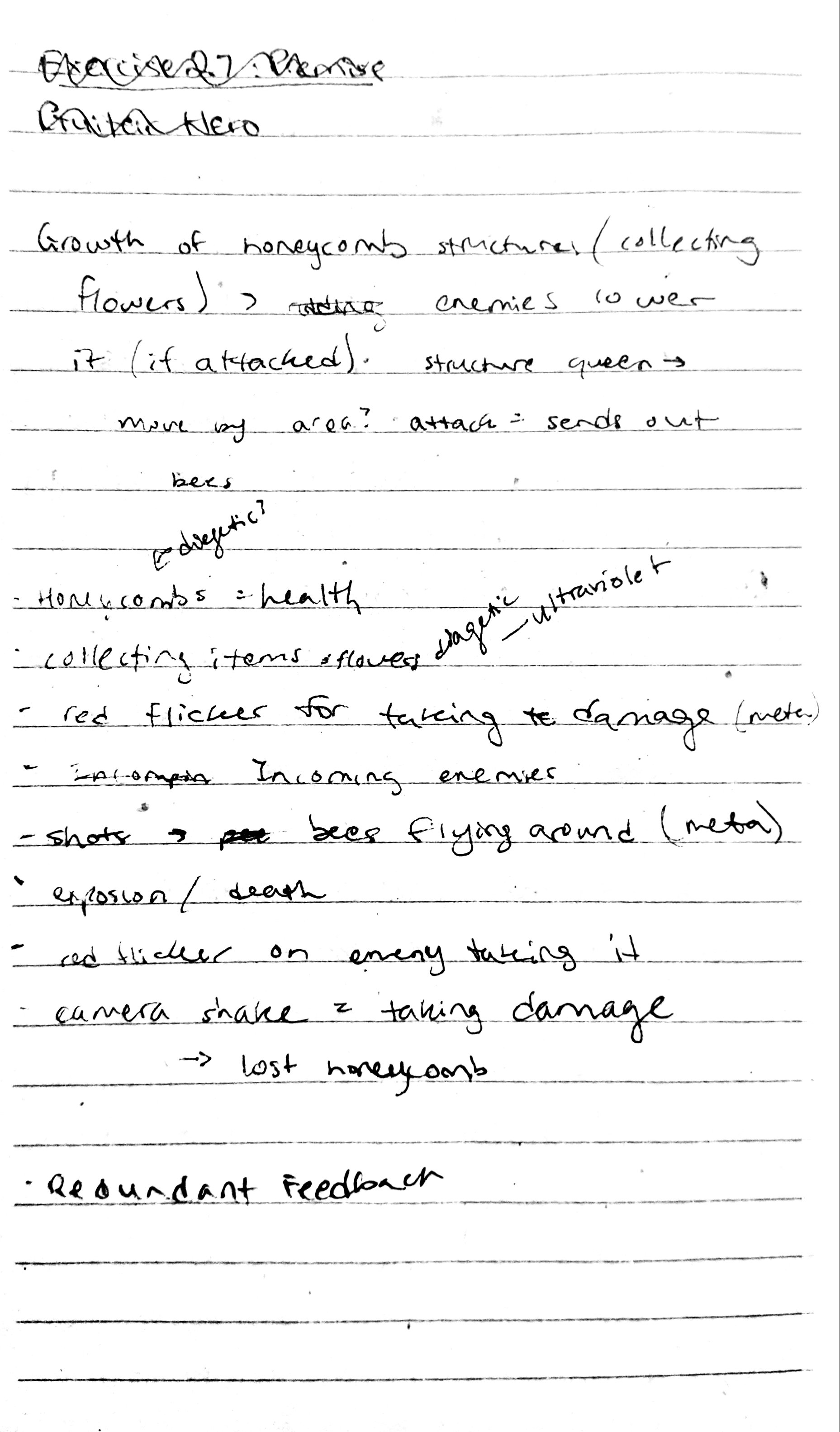 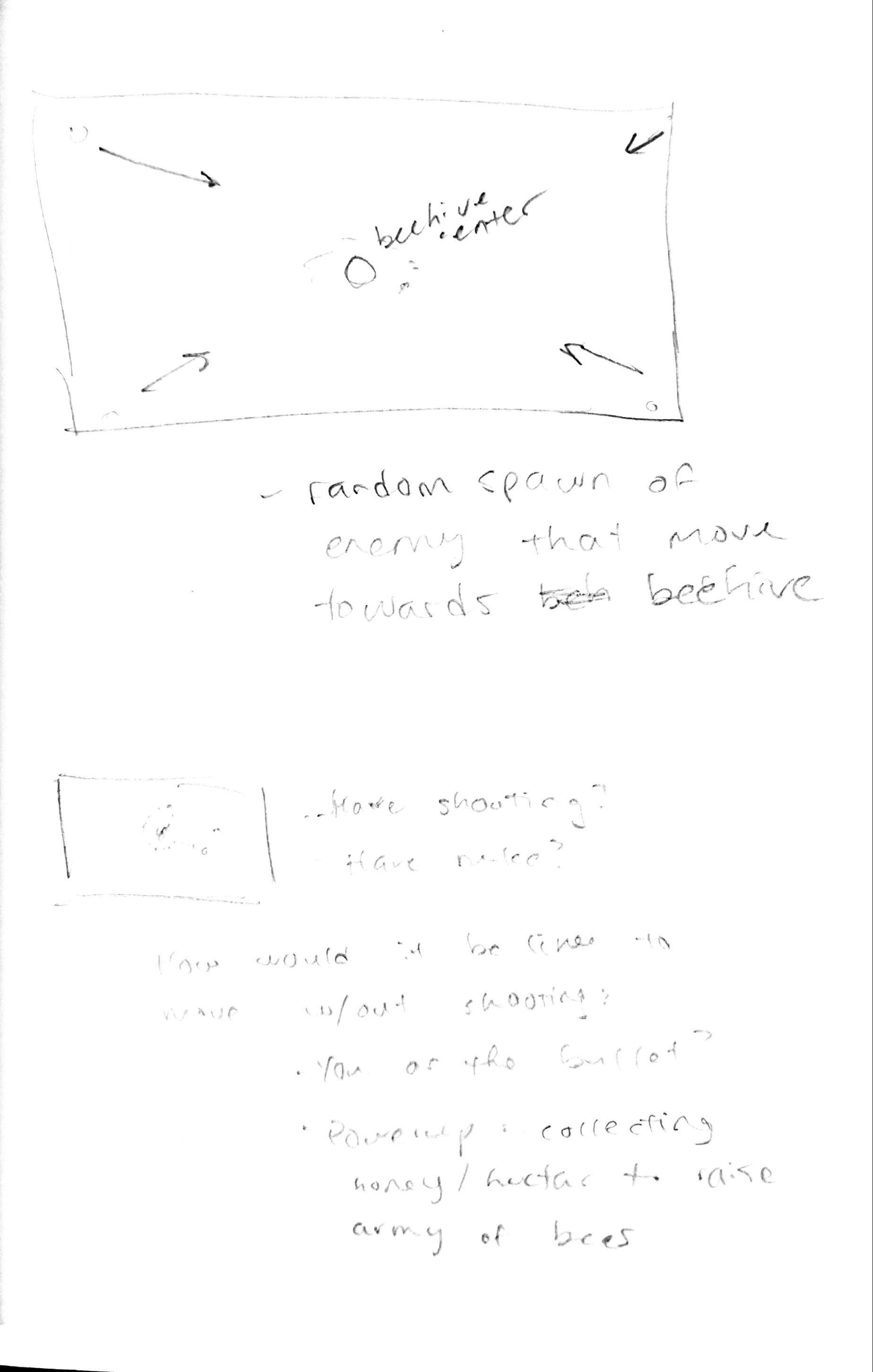 I began sketching what kind of look I wanted for my game. At first I wanted the game to be a vertical SHMUP where you are the bee going out to bring back honey for you hive.  At this point I also wanted to the enemies to coming down at you. I kept this idea until I saw Geometry Wars which involved shooting in the direction you were rotating in. Going along with this I created a digital prototype on Unity to see how shooting would work and how movement for my game was. Movement included using the left joystick to move in the 4 cardinal directions and using the right joystick to rotate the character. You would then press R2 to shoot. Playing this prototype I found the shooting to be not related to the theme of my game, so I took out shoot for the player and it the player themselves to be the bullet that attacks enemies and after attacking the enemies you would then just play as another bee spawning at the center. I also added in a dash after finding out though a playtest that the movement felt slow and that as a bee they wanted to be able to dash at some points. 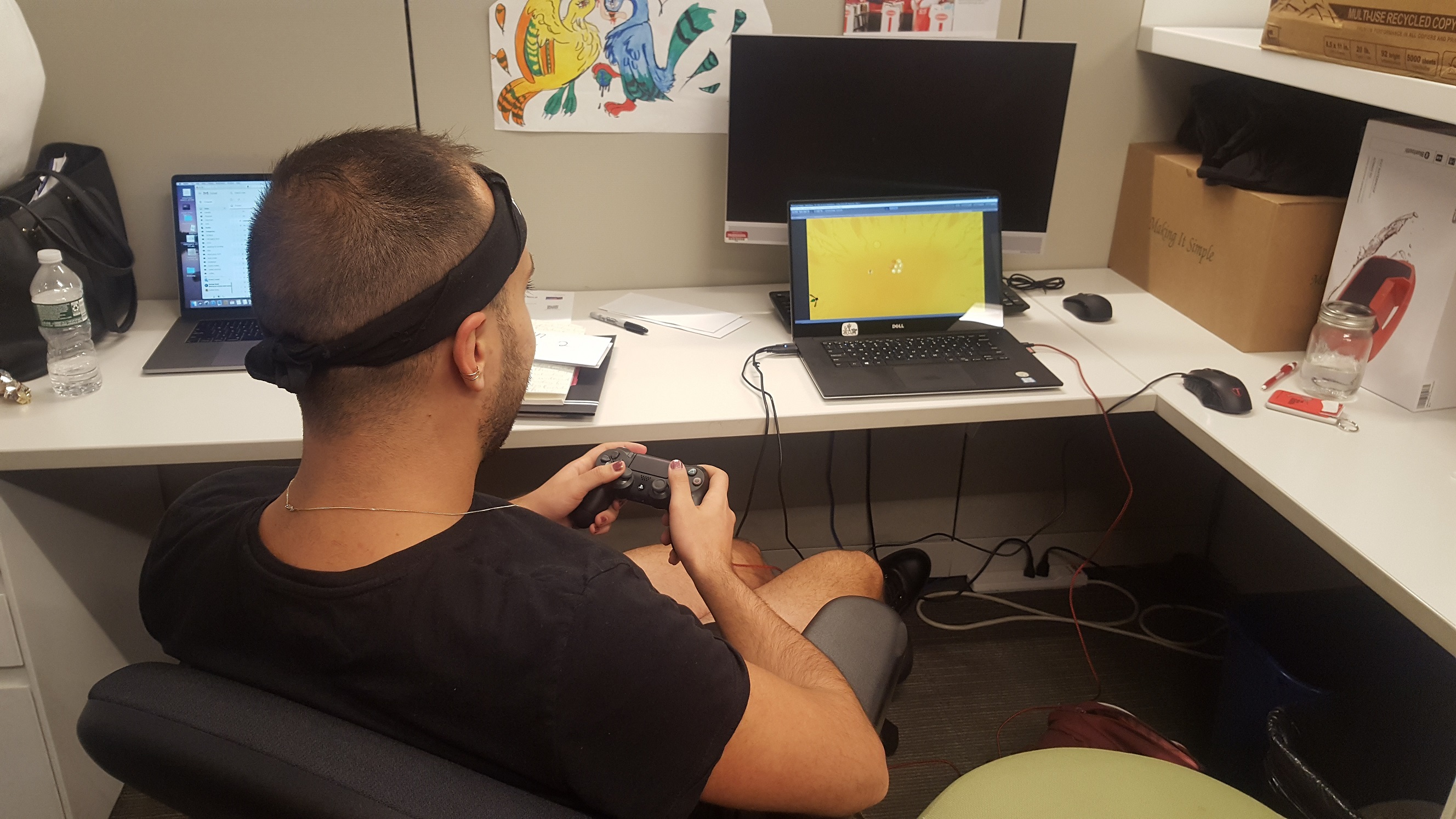 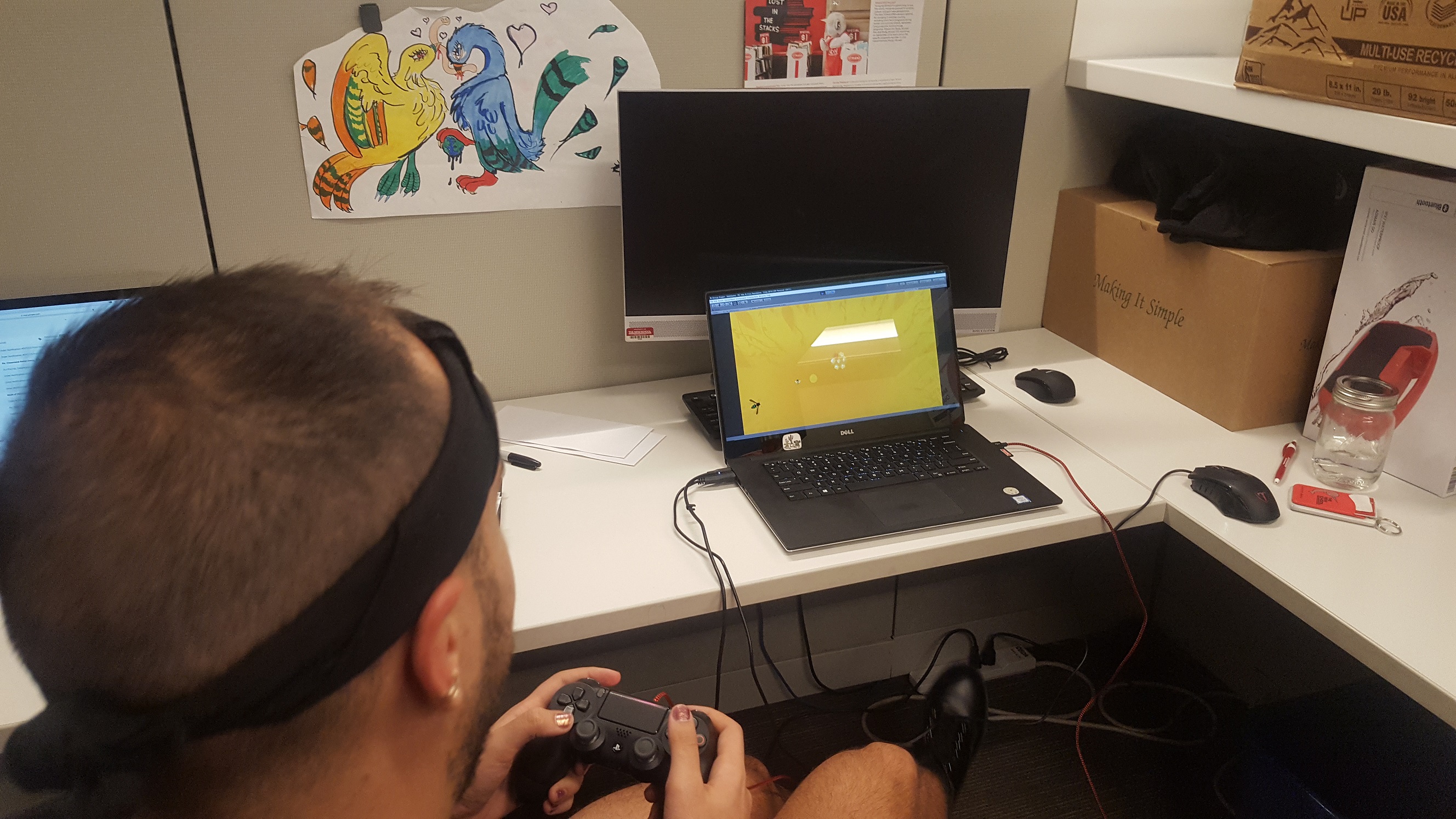 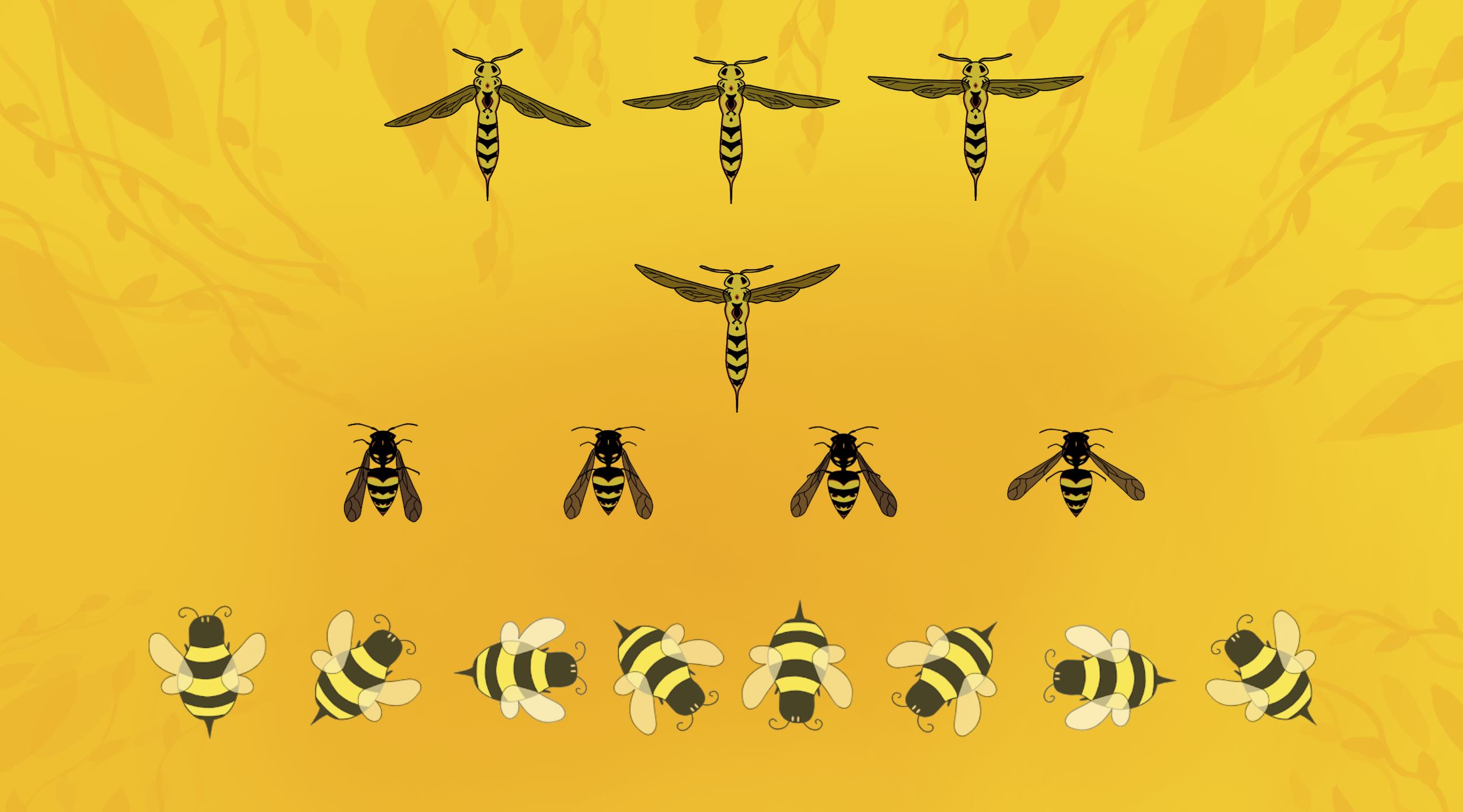 In this game I also wanted to create a lot of feedback for the player, so I listed what I could do for each part. In my game I included audio feedback, camera shake, color flickers to indicate an attack, a particle system to show that you have died, a bluring/vignette effect to show powerup skills.

Protect your beehive from invader wasps!